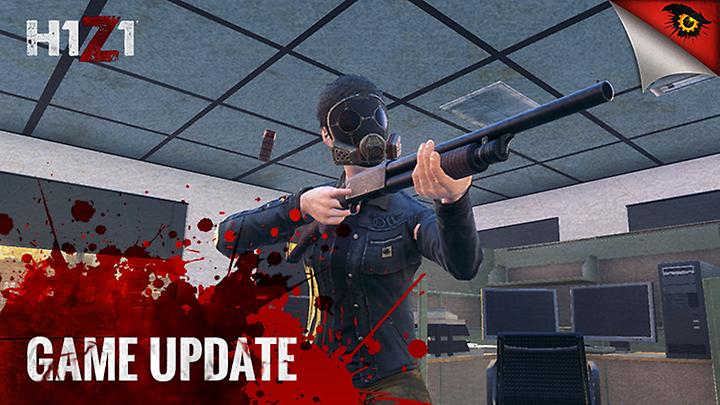 As the most comprehensive release in Just Survive’s history, this update represents our new direction for what’s to come in the many months ahead and we’re thrilled to finally show you what we’ve been working on. Before I discuss all of the new features, there are a few things to point out about this update:

Our new map, Badwater Canyon, represents a more focused approach to design and overall layout. The entire map was built meter by meter with multiple styles of gameplay in mind. Because of this new crafted approach, we are spending extra time on every single part of the map and we’ll be rolling out the first region at this time (Pine Mill Reservoir) which focuses on a drained reservoir and a devastated hydroelectric dam. Pine Mill is rather remote, given that it’s located in a National Forest, so expect to see POIs such as Ranger Stations and Campgrounds. The goal is to have each portion of the map feel significantly unique, so you can expect urban density and a variety of brand new POIs moving forward. This initial release allows us to get things in your hands sooner and allows you to provide feedback now while we continue development. Given this, population caps have been taken into consideration per server and will change based on what we see in initial testing.

In addition to all of the new features, we’ve fixed many recent (and legacy!) bugs in this update. Snaking is gone. Droning is gone. Melee weapons now render in first person. We’ve improved how the bow works. Overall performance has been improved, too. In other words, this truly is a comprehensive update.

There are some known issues (please keep in mind that this is a Test update and not a Live release) and we will start a new thread to detail those things separately once we unlock Test. We need your feedback on everything here so please report in either thread with anything and everything you find. This is still very much a game in development – your feedback matters and absolutely influences the end result. I’ve said it before and it bears repeating that we welcome ALL feedback. Debate is healthy. Critical feedback (when delivered in a way that’s not disparaging or nasty) is healthy. I do hope you keep it up…we read every single thing posted here.

Alright! Let’s get into the nitty-gritty details!

Our goal is to empower you to put down roots, form strong communities, and challenge one another to build and attack increasingly complex and challenging Stronghold configurations. New features for this first iteration of the Strongholds system include a Full Modular Building Set, Purposeful Attack/Defend Gameplay, Stronghold Respawn, and Crafted Building Locations.

The Modular Building Set includes a number of new pieces for increased creativity. We’ve also overhauled existing pieces like gates which are now completely self-contained. Beyond that, we’re introducing a timed Attack/Defense cycle to encourage scouting, force creative problem solving, and limit the amount of loot that can be gathered in an attack, especially with offline raids. When the timer reaches zero, attackers will be pushed out of your Stronghold by poison gas allowing your base to physically reset and rebuild itself while being shielded for a period of time so that you can safely modify your defenses. In other words, the blueprint you carefully design will now remain intact.

Ultimately, none of this works without an environment that’s custom built for Just Survive’s new direction and that’s why we’re introducing this brand new map, Badwater Canyon. This environment is specifically crafted with targeted loot distribution, verticality, and exploration in mind. We felt it was critical to create crafted building locations for Stronghold construction that serve unique gameplay needs and provide progressive desirability. As a result, there will be hundreds of these easily identifiable basepads across Badwater Canyon, with the larger pads providing increased loot and interaction opportunities while the smaller variety provide a hidden, more tactical approach for those who prefer to avoid conflict.

Significant changes have been made to both spawning in the world and how you experience death. You now begin your journey as a rescued survivor with limited equipment in a makeshift Military Base. Here, you’ll have the opportunity to interact with the Supply Liaison (Corporal Moran), pair up with other survivors, or perhaps even cross paths with a future foe.

If you perish, you’ll have the option of respawning at the nearest Military Base or at your Stronghold. The Death Screen itself has also been updated to help clarify the cause of your death. Most importantly, only unequipped items (weapons/items/loot) in your inventory can be looted from your corpse. Anything still equipped (items or weapons on your body/in your hotkey slots) will return with you on respawn, but in a broken state. This way, the high-tier Shotgun that took you days to find won’t simply disappear but you will have to spend a little effort to make it functional again when you revive.

Previously, loot was represented in a way that didn’t meet the standards of a game where you’re constantly in search of meaningful resources. That’s why we’ve completely re-itemized JS, adding dozens of new items and giving each of the existing ones clear representation in the world. The days of picking up a striped shirt only to discover it’s actually an orange tank top are over.

We’ve also completely overhauled containers and loot placement for Badwater Canyon so that the items you need are spread out in more meaningful ways. Additionally, several containers will still grant loot, even in picked-over areas. We’re also introducing a Rarity system that clearly differentiates the valuable items from the standard fare. Be on the lookout for those Purple items…even if you don’t see an immediate need, they might be worth their weight in gold!

Breaking down objects in the world for loot desperately needed refinement and expansion, because 1) breaking things is fun and 2) Stronghold pieces have to be built from something! With this update, the actual process of gathering materials from Cars and Trees looks and feels significantly better. Additionally, we’ve expanded what you’ll receive from interacting with these objects and added the ability to harvest Rock by using a new item, the Pickaxe.

Defending yourself against zombies and other survivors is a critical part of daily life in Badwater Canyon, and that’s why we’ve rebuilt all of our weapons from scratch. We’re introducing Tiers to each weapon type that tie directly into item Rarity. Additionally, each weapon was given a tuning pass so they now look and feel unique. For example, you can find a basic rusted AK that serves a purpose, but it’s not nearly as lethal as the Tier 2 variety.

Additionally, melee has received significant upgrades with an all-new hit registration system and a complete animation overhaul. The same Tiers system we’re introducing with firearms has been applied here as well, along with new surprise or two…

Creating true value for each item in the world and tackling the problem of item hoarding have both been addressed with the creation of an in-game currency, called Golden Eagle Coins, which is earned by exchanging items found in the world with Corporal Moran at the Military Base. At launch, this currency can only be used to purchase Stronghold locations but we have plans to significantly expand its usage over time. Currency is tied to your character and cannot be looted off your corpse.

A number of core features in the game were functional, but desperately needed refinement. Barricades have been rebuilt and tuned to allow for reasonable fortification of existing structures. Likewise, Loot Stashes got a makeover and are now granted as part of your Starting Equipment.

We are also slightly changing how skins are applied to items with two goals in mind: integration with the new item tiers, and increased value for our players. With our new system, applied skins can now target any item in their core category – they simply alter its appearance, allowing them to inherit the qualities of their target item. For example, a Crimson Grin Satchel skin, previously only applied to other satchels, can now be applied to any backpack and it will inherit the associated carrying capacity of the converted item.

Dust in the Wind

With such a sweeping update, there were bound to be a few casualties. Sci-Fi Weapons, Pastel Zombie Clothing, Weapon Dismantling, Outdated Tool Functionality, Shacks, Special-Case Zombies and the Spear were all cut in the pursuit of a cleaner experience.

When will all of this make it to Live? Not before it’s ready is the short answer here. There’s a ton of new content here and a lot of new systems to shake down and it will be several weeks at least before we’re ready to make that move. Our dedication to publishing solid Live updates will continue as it has over the past 6-months and we will make sure the Live promotion is something all of us, the community and devs, are comfortable with. We’ll be updating Test frequently during that time, however, which means your test feedback is going to have a direct impact on the state of the game for the near future.

Thanks again to every single one of you for your continued support and patience these past six months. We can’t wait to see what you think and I truly hope you enjoy Badwater Canyon as much as we do!