From the original clone-tastic One For All to the frenetic manatee magic of Ultra Rapid Fire, featured game modes provide unique spins on the classic League formula. Now, more than two years after the debut of our first game mode, we’re announcing a rotating queue that’ll bring the alternative action on weekends with a suite of familiar game modes and maybe a fresh face or two.

We’ve specially tuned Champion Mastery so you can earn points in each mode, whether you’re summoning our poro overlord in Legend of the Poro King or chaining Final Sparks in a One For All laser light show. Once Hextech Crafting and loot is live, because the rotating game mode queue is optimized for champ mastery, you’ll also be able to earn keys for your wins and loot chests for your (or your premade’s) S­-, S, and S+ games.

Rotating queue will join Classic and ARAM in an upcoming patch, but part of why we’re announcing it now is because two years in a row, we delivered the Ultra Rapid Fire game mode in increasingly absurd ways. While we’re pretty sure you aren’t going to believe us anyway, we’re telling you right now that URF will not return on the first of April. We’re not quite ready to announce the full slate of game modes that’ll feature in the new Rotating queue, but we are ready to share that Ultra Rapid Fire will appear at least twice in 2016.

As for the other modes, we’ll publish the schedule ahead of time once it’s locked down, but we wanted to get in front of any ultra rapid speculation this year so you know you’ll be slapping buttons with a spatula eventually, just maybe not when you were expecting it.

We’re excited for the debut of Rotating queue, so stay tuned for the first rotation schedule and let us know what modes you’re hoping to see make it! 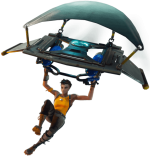